Coffey Takes Over at Hickman EPB 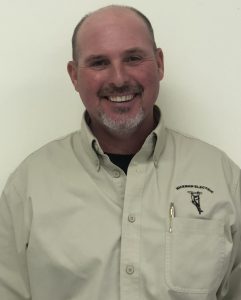 Coffey is the new general manager at Hickman, Ky., EPB. He takes over for Adam Prehoda, who left for a post at Russellville, Ky., EPB.

A Hickman native, Coffey signed on in 1997 as an apprentice lineman at what was then Hickman-Fulton Co. RECC. He spent 18 years there, rising to the rank of operations supervisor.

When that cooperative merged in 2015 with Gibson EMC, Trenton, Tn., Coffey stayed on. He left after two years, then spent a year with a contracting firm before joining Hickman EPB – “a half-mile down the road,” he said, from where he started his career more than 20 years ago.