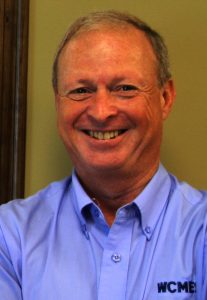 Meeting Aug. 2 via conference call, the Distributors Insurance Co. Board of Directors elected Faron Collins of Weakley Co., TN, MES to a one-year term as chairman.

Collins, a five-year veteran of the DIC board, said he plans a low-key approach this coming year, given that TVPPA’s wholly owned subsidiary hardly needs fixing.

“I’m pretty pleased with the direction DIC’s heading,” he said. “We’ve made quite a bit of progress in the last few years – acknowledging and rewarding local power companies with good safety records, managing our assets well and keeping the company on sound financial footing.

“We have a very active board with members who take their jobs seriously and offer a lot of input. It’s not a top-driven board, but one that operates on consensus, and I think that’s a pretty good example of how a board should operate,” Collins said.

Since its 1983 inception, Distributors Insurance Company has provided utility-specific property-casualty insurance coverages at competitive premiums to more TVPPA members than any other insurer or program.