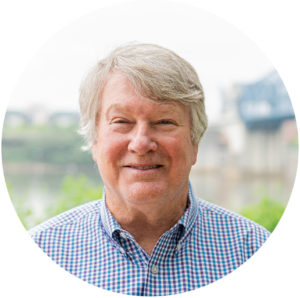 Kim Culpepper, TVPPA’s Director of Education & Training, has announced that he will retire this fall.

Culpepper joined TVPPA in 2013, first serving as manager of technical training before being named director of education & training in 2017. Over the past five years, he has helped expand both TVPPA’s technical and business training opportunities and played a key role in the expansion of regional training hubs.

Culpepper came to TVPPA following a distinguished 32-year career with his hometown electric cooperative, East Mississippi EPA in Meridian, Miss. He began work there as a ground man before holding the positions of line foreman and, ultimately, a district manager. After taking an early retirement from EMEPA, Culpepper pursued his desire to become an educator, earning a degree in secondary education from Mississippi State University at Meridian and teaching ninth grade social studies at Meridian High School. Culpepper’s work at TVPPA has been informed both by his extensive industry knowledge and his strengths as a skilled educator.

“Kim is passionate about sharing his knowledge and experience to help others learn and grow. TVPPA has been fortunate to have Kim as a valuable resource to our members and he has been critical to the expansion of services across the Valley as well as enhancing the reputation of our education and training programs across the country. His unique combination of technical expertise and formal training as an educator, along with the fact that he has never met a stranger, has contributed to the quality of TVPPA offerings and the strength of our relationships,” said TVPPA EVP of Member Services & Strategic Relations Danette Scudder.

Due to the critical nature of the work done by TVPPA’s E&T department, and the extensive industry knowledge Culpepper has brought to the task of running the department, we expect the search for a new E&T director and the transition to be carried out over several months. A job listing for this position will be posted on TVPPA’s Jobline site soon.