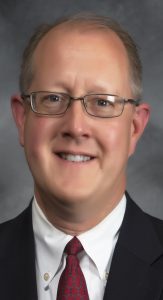 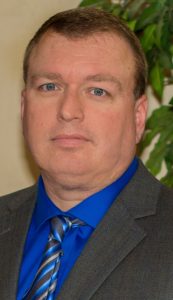 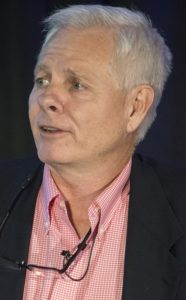 Meeting May 21 at the 72nd Annual Conference, the TVPPA Board of Directors elected David Wade, Jeff Newman and Mark Iverson to serve as its 2018-19 leadership team.

TVPPA’s directors also honored three departing colleagues – Kemp, Jim Coode of Cumberland EMC, Clarksville, TN, and Mike Allmand of Ripley, TN, P & L. Todd Gale of Columbus, MS, L & W will succeed Kemp in representing Mississippi District municipals, while Jason Griggs of Milan, TN, DPU will take over for Allmand in representing Western District municipals. As Coode plans to retire prior to the end his term on the TVPPA Board of Directors, his successor has not yet been identified.

After earning an undergraduate degree in engineering at the University of Tennessee at Chattanooga, Wade began his career at Chattanooga EPB in 1983. He worked early on as a lineman, but went on to serve as senior manager/vice president of EPB’s electric system, then the utility’s executive vice president and chief operating officer.

Newman took over at Forked Deer EC in January 2014. He studied electrical engineering at the University of Tennessee-Martin and started at Forked Deer EC on a co-op basis in 1991. He went on to work in right-of-way and line work before becoming the cooperative’s engineering coordinator in 2000. Newman’s father was a lineman at the cooperative and rose to the assistant general manager before retiring in 2008.

Iverson, who holds an undergraduate degree in accounting from Western Kentucky University, is on his second stretch at BGMU. He worked there from 1994 to 1999 as the utility’s chief financial officer, left for another accounting job, then returned to BGMU as general manager in 2006.