Ronny Rowland, General Manager of Prentiss County Electric Power Association and Prentiss Connect, the cooperative’s broadband subsidiary, announced his retirement from the cooperative on Friday, December 2. It will be effective December 31.

Rowland began working for Prentiss County EPA, Booneville, Miss., as an electrical engineer in 1971. He became assistant general manager in 1978 and in 1982 was named general manager, a role he has held since. On May 31 of this year, Rowland celebrated his 50th anniversary with the organization.

During his esteemed career, Rowland also served on a variety of TVPPA committees as well as serving a total of 16 years on our Board of Directors, including a term as board chairman beginning in 2001. In 2002, he was awarded TVPPA’s highest honor, the Distinguished Service Award which recognizes recipients for their significant service to the association and public power in the Tennessee Valley. 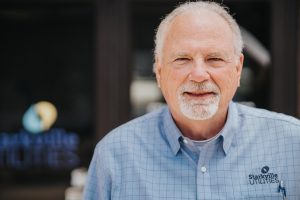 Terry Kemp, General Manager of Starkville Utilities, Starkville, Miss., also announced on Friday, December 2 that he will be retiring in March 2022. The Starkville mayor and board of aldermen will launch an extensive search in the weeks ahead to find Kemp’s replacement.

Kemp became General Manager of Starkville Utilities’ electric department in 2010 after retiring from a distinguished 36-year career at TVA. In 2015, he helped guide efforts to unify Starkville’s electric, water and gas utilities under one brand.

While leading Starkville Utilities, Kemp also worked to help promote the public power model through his service on a variety of association boards, including serving on TVPPA’s Board of Directors and on the board of Seven States Power. He was recognized by the Mississippi Municipal League for his forward-thinking leadership in launching the Future FOCUS which worked to upgrade his community’s water and electric distribution infrastructure.