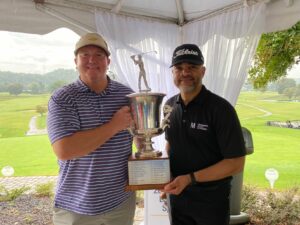 Held at the Holston Hills Country Club in Knoxville, Tenn. on Monday, September 20, the annual tournament raises money for the Power Play Scholarship Fund which grants scholarships to college bound students from TVPPA member utilities who excel academically and in service to their community.

Since its inception in 1995, the Power Play Scholarship Association has presented 638 scholarships totaling more than $2.4 million. Scholarship recipients are chosen by an eight-member selection team of educators from colleges and universities in the Valley and selected based on academic achievement, standardized test scores, leadership qualities, letters of recommendation and written essays.