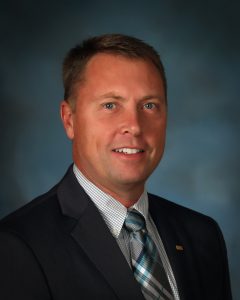 Jeff Hurd of Hopkinsville, Ky., ES has succeeded Marty Ivy on the TVPPA board of directors.

Hurd was elected to the TVPPA post by his Kentucky District colleagues at a Jan. 4 meeting in Hopkinsville. Ivy, his predecessor and general superintendent at Mayfield E & WS, had represented TVPPA’s Kentucky municipals for the past three years.

In other action at that Jan. 4 meeting, Kentucky District managers/CEOs elected Dale Vowell of Russellville EPB and Alan Gates, the new president/CEO at Hopkinsville-based Pennyrile RECC, to seats on TVPPA’s Rates & Pricing Committee. David Smart of West Kentucky RECC was elected to a seat on TVPPA’s Contract Compliance Advisory Group.

Hurd put in 17 years at Pennyrile RECC before joining Hopkinsville ES in 2007. He was promoted to operations/engineering manager in 2015 before being tapped in 2016 to succeed the retiring Austin Carroll.

Hurd holds an undergraduate degree in electrical engineering from the University of Kentucky and TVPPA’s Certified Power Technician (CPT) designation.