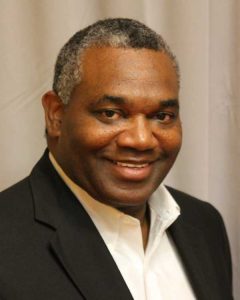 Decosta Jenkins, president & CEO at Nashville ES, was installed June 12 as chair of the American Public Power Association Board of Directors.

Jenkins was honored in Austin, Texas, during APPA’s National Conference. He becomes the ninth TVPPA-member CEO to serve as APPA chair, the most recent two being Dr. R. Michael Browder of Bristol, Tenn., ES (2001) and Bill Carroll of Greeneville, Tenn., L&P (2011).

“Those APPA leaders who aren’t yet familiar with Decosta will learn quickly what we in the Valley have known for years,” Peters said. “Specifically, that he is a cut-above leader who works every day to make Nashville ES and the associations he serves the best they can be.”

Jenkins is a former TVPPA vice chairman, having so served from 2009 to 2011. He currently serves as TVPPA chair for the Customer Planning Council.

He earned his undergraduate degree in accounting from the University of Tennessee, then joined Nashville ES in 1991 as vice president for planning/budget/finance. He was promoted to senior vice president & chief financial officer in 2000, then named president & CEO in 2004.

Jenkins is joined on APPA’s 2019-20 leadership team by Jackson, Tenn., EA President & CEO Jim Ferrell, an incumbent APPA board member who was elected to a new three-year term. He joins Todd Gale of Columbus, Miss., L&W, in representing the Valley on the APPA board.

On the cooperative side, the Valley is represented on the NRECA Board of Directors by Kevin Doddridge, general manager & CEO at Northcentral Mississippi EPA, Olive Branch, Miss.; and Tom Purkey, a former executive vice president and general manager of the Tennessee Electric Cooperatives Association who now sits on the board of directors at Middle Tennessee EMC, Murfreesboro, Tenn.